The Tories first proposed cutting housing benefits for under-25s in 2012. Like a bloated corpse, the idea keeps bobbing up, reeking of meanness and privilege. Under-25s shouldn’t have the option of housing benefits, David Cameron told the Conservative Party Conference in 2013. Instead they should be “earning or learning”.

This glib phrase effortlessly overlooks the fact students and workers need places to live — and that not everyone in Britain is, like Cameron, descended from a long line of aristocrats and financiers. Cameron makes the classic Conservative assumption that anyone who can’t afford inflated private sector rents is a a social failure, rather than asking if the “failure” lies with a society that prices citizens out of house and home. 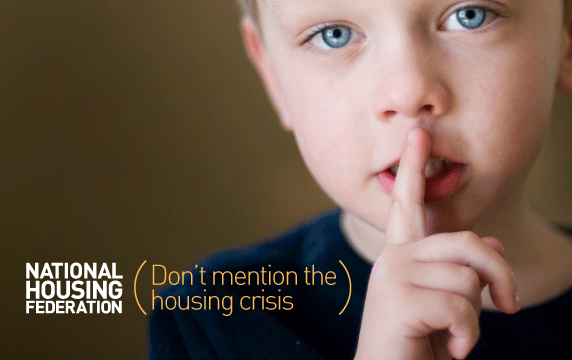 Tory benefit policy is class warfare. They want the privileged “us” who can pay pay rent to fear and loathe “them” who can’t. Their only hope for reelection is that enough voters are so ignorant and oblivious they honestly think nothing bad will ever happen to them or their loved ones. The Tories have to convince “us” we are a chosen people, invulnerable to job loss, accidents, illness, abuse or anything else that might render us less than self-sufficient.

In order to maintain this fiction, the Tories refuse to acknowledge the extent to which things like abuse, leaving care, and straitened family circumstances influence under-25s’ need for housing benefit. The House of Commons note: Housing Benefit: withdrawing entitlement from young people dated 17 Feb 2015, includes the following parliamentary questions and responses from Secretary of State for Work and Pensions, Steve Webb.

Mr Byrne: To ask [Steve Webb] how many recipients of housing benefit under the age of 25 years (a) have children, (b) are orphans, (c) are care leavers and (d) have parents in prison.
Steve Webb: Information on the number of housing benefit recipients who are orphans, care leavers or who have parents in prison are not collected.

Sheila Gilmore: To ask [Webb] (1) what assessment he has made of the capacity of parents of housing benefit claimants aged under 25 to house their children; (2) what estimate he has made of the number of recipients of housing benefit under the age of 25 years who are unable to live with their parents due to (a) overcrowding, (b) a breakdown of the relationship and (c) abuse experienced in the home.
Steve Webb: No such assessment has been made.

Sheila Gilmore: To ask the Secretary of State for Work and Pensions what estimate he has made of the number of claimants of housing benefit under the age of 25 who are (a) undertaking apprenticeships and (b) undertaking another form of training.
Steve Webb: Information… is not readily available and could be provided only at disproportionate cost.

Sheila Gilmore: To ask the Secretary of State for Work and Pensions how many housing benefit recipients under the age of 25 live in a (a) homelessness hostel and (b) domestic violence refuge.
Steve Webb: The information requested is not available.

The Q&A continues but you get the drift. The Tory government refuses to research or discuss facts that might contradict its myth that anyone who claims benefits is a lazy scrounger. Conservatives are putting their fingers in their ears and singing “lalalalalala” to drown out inconvenient truths about why people might need benefits.

For all their talk about making hard decisions, the Tories are too scared to examine their own actions. They want to cut benefits? Fine. But they should at least have the guts to acknowledge what their policies really mean and who’s at risk. Otherwise, they’re not tough; they’re cruel, cowardly, dishonest bullies.

Have an opinion? Share your views in the comments