Beware hippies! Organic brown rice is laced with arsenic. Your do-gooding, Mother Earth-loving, weird eating habits are going to KILL YOU. Mwah hahahahaha. Should have had a burger instead! 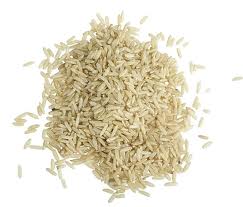 That’s not exactly how the mainstream media is positioning the arsenic in brown rice scare story but any halfbright reader can spot the glee between the lines. America is the fattest nation on earth (nearly 70% of adults are overweight according to the CDC) and it relishes the chance to bash anyone who chooses to eat real food instead of processed crap. Four of the five leading causes of death in the US are directly linked to diet, with heart disease as the number one killer, but Yanks bury their bulbous heads in the sand, or frantically search for the mote in the eye of the healthful eater while ignoring the frickin’ timber yard in their own ocular organ.

Of course, I say this because I’m a plant-eating, seaweed-scoffing, yoga-doing, nature-loving leftie whose hobbies include long-distance running, fasting and reading research studies on the virtues of a plant-based diet. Now you know my colours you can calibrate your credulity towards what follows. The point is: I’m a biased. Everyone is. You think scientists or reporters are ‘objective’? Think again. What they say might be factually accurate but to get to the heart of a story you need more than ‘what’, you need ‘why?’ Why is this important? Why is this ‘news’? Who has a horse in this race? What, if anything, is at stake?

At first glance this looks like a bona fide consumer safety issue. “Arsenic in baby formula! Oh my Lord! The government must intervene. Save the children!” etc. Break it down though and you discover that the study consisted of Dartmouth scientists, lead by Brian Jackson, pulling rice-based products off the shelves of local stores and testing them for arsenic levels. Do you suppose Dr Jackson woke up one morning and thought, “By gum! Arsenic! In organic foods! Must. Investigate”? I don’t. Academics research what someone pays them to study. The first question then: who’s got money in this arsenic deal? The study was funded by the National Institute of Environmental Health Sciences which, it’s worth noting, accepts private donations. Maybe the NIEHS funded this particular inquiry out of the goodness of its heart but my gut feeling is they received a gift with a ‘suggested use’ tag.

To recap: corn prices are going up, high-fructose corn syrup makes people fat, and being fat helps make people dead. Rice is cheap, doesn’t trigger unnatural obesity, and food manufacturers can substitute rice syrup for corn syrup. If I had a financial stake in corn that set of facts would trouble me some. And a high-profile story about possible health risks related to rice syrup would do a lot to ease my mind. I wouldn’t care that the “risk” is pure speculation (even the Dartmouth team conducting the arsenic research admits that: “Much additional research is needed before we can determine if there are actual health impacts from this source of exposure”) all I’d care is that spooking people with spurious science could protect my pocketbook.

For the record, low dose arsenic is a non-issue. The World Health Organisation has been studying arsenic in water for years and concludes:

The extent of the adverse health problems caused by arsenic in drinking-water is unclear and not well documented…. Approximately 1 in 100 people who drink water containing 0.05 mg arsenic per litre or more for a long period may eventually die from arsenic related cancers.

To put that figure in perspective, cancer causes 13% of deaths worldwide. Arsenic, maybe, eventually, might get you, if you guzzle enough of it over a long period of time, but you are 1200% more likely to die of a non-arsenic related cancer. An obesity related cancer, for example, such as cancers of the oesophagus, breast, endometrium, colon, rectum, kidney, pancreas, thyroid, gallbladder, and “possibly other… types.” (Did I already mention that obesity also increases the risk of heart disease, stroke, high blood pressure, diabetes, and a number of other chronic diseases?)

Granted, I’m a rice-loving, corporation-loathing geek who believes that most of what we see in the press is there for some reason other than than the corporate media’s benevolent desire to enhance our collective knowledge and well-being. Maybe that makes me an unreliable source; it definitely makes me a cynic; it might make me wrong. You shouldn’t necessarily listen to me, but you definitely shouldn’t listen to them — at least not without thinking hard about what you’re hearing.