Crazy Misogynist Poem of the Day 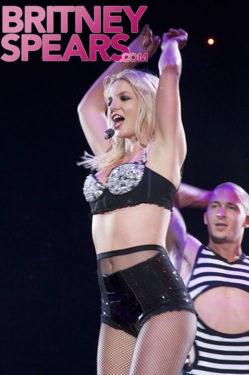 Among the top Google Books results for “Britney Spears” is something called The Pleasures of Woman: Poems, Sensations, Songs and Stories about the Supernatural Dimensions of Woman. by a psychopath called Scott Ferguson German, PhD [sic]. The Britney connection? A one-page blank verse essay titled ‘Britney Spears Causes Terrorism’. Incredibly, the claim that Britney’s ‘bikini clad dance gyrations’ were the direct cause of the Sept. 11 terror attacks is not the craziest thing in the book.

The lunacy includes ‘poems’ titled:
‘Career is Bad for Women’

With every experience of work for a company instead of her husband, a woman dissolves more and more the glow of her feminine beauty… and replaces it with a raging hysteria against men for allowing her to be… reckless enough to want employment outside the home and beyond the arms of her man.

‘The Wails of Modern White Girls’

Oh the hopeless painful wail we hear in the wilting high pitched voices of/today’s corrupted white girls, now damaged, dry and tasteless./Unjustly they are depressed, weak, desperate and groveling,/as if fearful of being beaten like a whimpering dog;/and ashamed, sad and alone because their emasculated fathers left them to be/savaged and ruined by the niggardly lusts of old lesbians…

and ‘European Woman’ which asks: “Why is the European woman better than an American?”

Because she can’t talk English and torment with chatting?…
Yes, but more… European women are lean and hungry and humble

One thought on “Crazy Misogynist Poem of the Day”