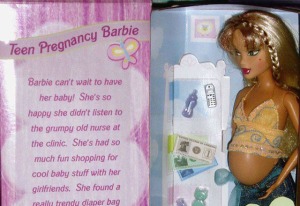 The media carping about aging mums not merely stupid, but mendacious. Far more women – girls, rather – are having children too young than are delaying motherhood past the mooted ideal age. Instead of banging on about the wrong-headedness of women choosing to wait a few years, the media and medical community should devote their attention to figuring out why so many women don’t. And to discussing the very real risks teen pregnancies pose to both mother and child.